Many people are looking for an action camera to strap to their quad to make those beautiful aerial videos in 4K  or catch those epic flight videos and tricks. Not everyone has the kind of crash-able cash to keep buying a new Hero4 every time you smash one into the ground and destroy a lens. Guess what? I don’t think you anyone should! Meet the FireFly 6S 4K, a waterproof (with case), 4K action camera that you don’t need to spend $500 on. We know its going to crash sooner or later so why throw away money like that on a Hero4 when this bad boy is available for right around $100. It’s even packed full of features, some not even found on your all so expensive GoPro.

Is the FireFly 6S 4K really better than my GoPro Hero4?

Yes, absolutely, no doubt about it especially when its one fifth of the price, and that’s not the only reason. It captures better video in bright settings, the colors are more vivid in low light setting, its got a build in gyroscope for image stabilization, and even better battery life than the Hero4. With so many shooting modes your going to play with this thing for hours before you even get in the air. It does time-lapse, you can adjust the ISO, the sharpness, and the color. It will shoot 11FPS @ 16mp for stills. Need I really go on? I can! Ok so it doesn’t support 720P@240FPS for ultra slow motion or SuperView Mode and the image processor is a little slower but its still got build in WIFI connectivity so you can view and share from other devices. We are talking about a 4K camera that is almost disposable for the price, you cant have everything the Hero4 Black does but its darn close.

I still can’t make up my mind should I really get the FireFly 6S 4k instead of a GoPro?

Your joking right? Yes do it already. Instead of mulling it over anymore just check out the videos on the bottom of the page and make up your own mind. Stop wasting your money on GoPros. Buy 5 of these and live a long happy life where you wont s*** yourself every time you catch a tree branch because you have $500 strapped to the top of your quadcopter. 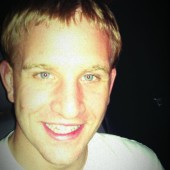