Well, kinda…  designed for dogs to jump through, they make really good pre-made race gates too. I have a very small yard and I live in the USA so I prefer under 250 grams. Space is limited and currently my gates are home made out of pvc pipe and pool noodles… They are light enough that I can scatter them through the yard, on top of fences and even on top of the roof for a sic 3d fpv track. Right now I am attempting to hard wire leds in sync with the flow of the track. I’ll post current parts list below if you are interested.

Back to these cheap race gates

Easy to assemble, complete with all parts and made from semi-heavy duty abs plastic. They wont break easy even if you smash into them, my 100+lb. German Shepherd hasn’t destroyed one yet. So ya, cheap enough easy kits that may be more readily available for some than hardware from the local store. You can even swap out the tube with el-wire for sic neon gates.

Race gates can be constructed very easy and on a budget. Depending on how creative you are, things can get crazy with just a little imagination.

Sky is the limit, rings can be set high on poles, attached even higher up on your home or from tree’s. Stand in the center of your property, look around and imagine a big 3d loop.

Low light fpv is insane, and hitting lit up rings in a micro is something everyone needs to experience. Cheap battery el-wire kits can be placed anywhere and since we all familiar now with soldering and lipo’s, setting up a hard wired track around your home just takes a plan. Think about it, we have all seen dudes blow mad money on Christmas lights, this makes an investment now year around fun~

How to fly these tiny 3d tracks

When I started I used hubsan mods, ultra light brushed builds with the gamepad like transmitter. My fpv setup is to a 25″ monitor inside my house. I run extension cable to an outside ground station mounted under the eve of my porch. It cool. it works, I get a solid signal in a room on the opposite end of my house. Range on the hubsan transmitter was kinda iffy at times but proved to me that this was more than enough fun to justify more money and better equipment. Next I moved up my racers to 130mm brushless quads (set-ups below) and upgraded the cameras to runcam owl’s and vtx with osd’s. A combination of the el-wire at night and my monitors brightness and contrast settings cranked up the rings just glow so bright its like a hd video game. below are some of the parts I have used, I’ll keep adding more as I get them.

Some other dog agility that make good gates 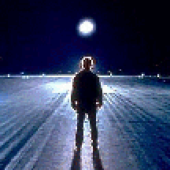